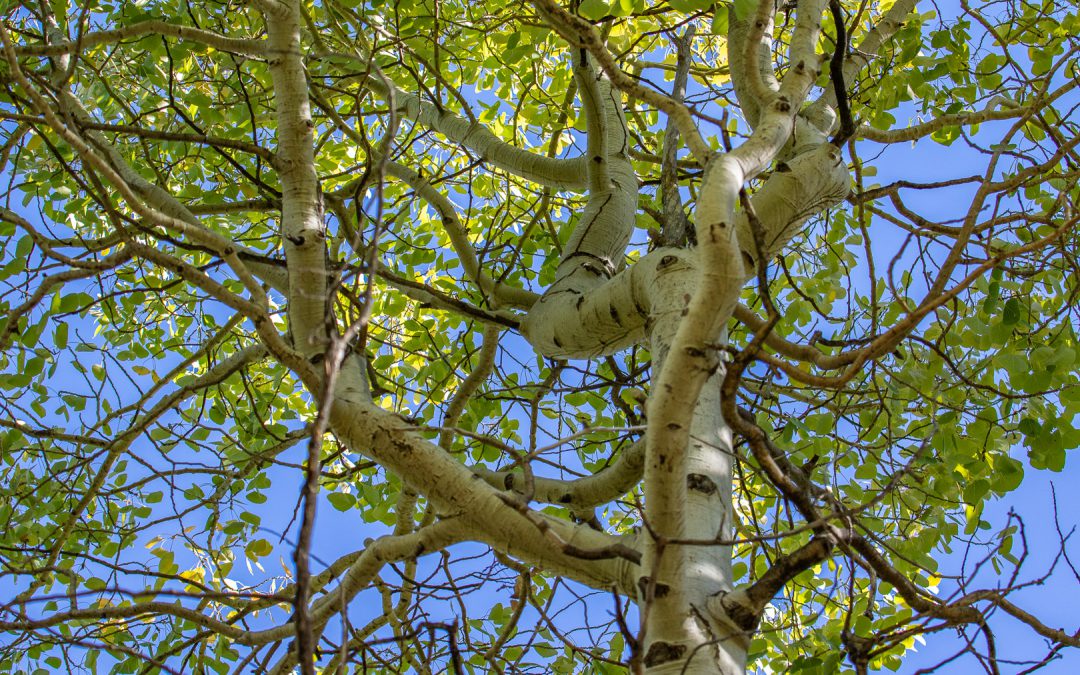 Today my friend Suzanne and I joined the TINS birding walk in Pomin Park which is near Tahoe City, and just off Lake Tahoe. Right when we showed up, the group had already identified a small flock of Cedar Waxwings.  This is a species we typically see in Fall to Winter.  Pretty birds, and I hope to get a closer shot of one before the end of the year.  Pomin Park has a ball field, and a few birds were seen foraging on the far side of the field from where we stood, including California Quail and an American Pipit.  Of course the Canada Geese were also hanging out on the ball field.  We ambled into the forested area near the creek, and saw some warblers flitting around overhead in the aspen leaves.  The birds were a little shy but 10 minutes later we were rewarded as it showed itself on top of a nice bush in the sunlight. It was identified as a Black-throated Grey Warbler – so cool! This was also in the area where we saw bear claw marks on the aspen trunks – luckily though, no recent sign of bear activity!  We also saw several Mallard ducks, Yellow-rumped Warblers, Ravens, Lesser Goldfinches, Steller Jays, and a Hairy Woodpecker in the forested area, and in the brambles near the creek.  We continued down to the edge of Lake Tahoe, and out onto a small wharf. There we saw numerous California Gulls.  Looking back to the shoreline, someone spotted a pair of Horned Larks on the beach.  My photo is quite distant – I hope to get a better shot later. When we tried to approach closer from shore, the birds had disappeared.

After Pomin Park, we drove a quarter mile or so to Lake Forest Beach.  There are some small islands just offshore where birds like to gather.  We saw California Gulls and American Coots – not so exciting.  Suzanne became entranced with a beautiful Common Merganser that was standing on the beach preening itself.  We also enjoyed snapping photos of the many Yellow-rumped Warblers in the aspens near the shore.  Mercifully we have not included many of these, but they are super cute birds!

Today I added 4 species to my Tahoe Big Year list! 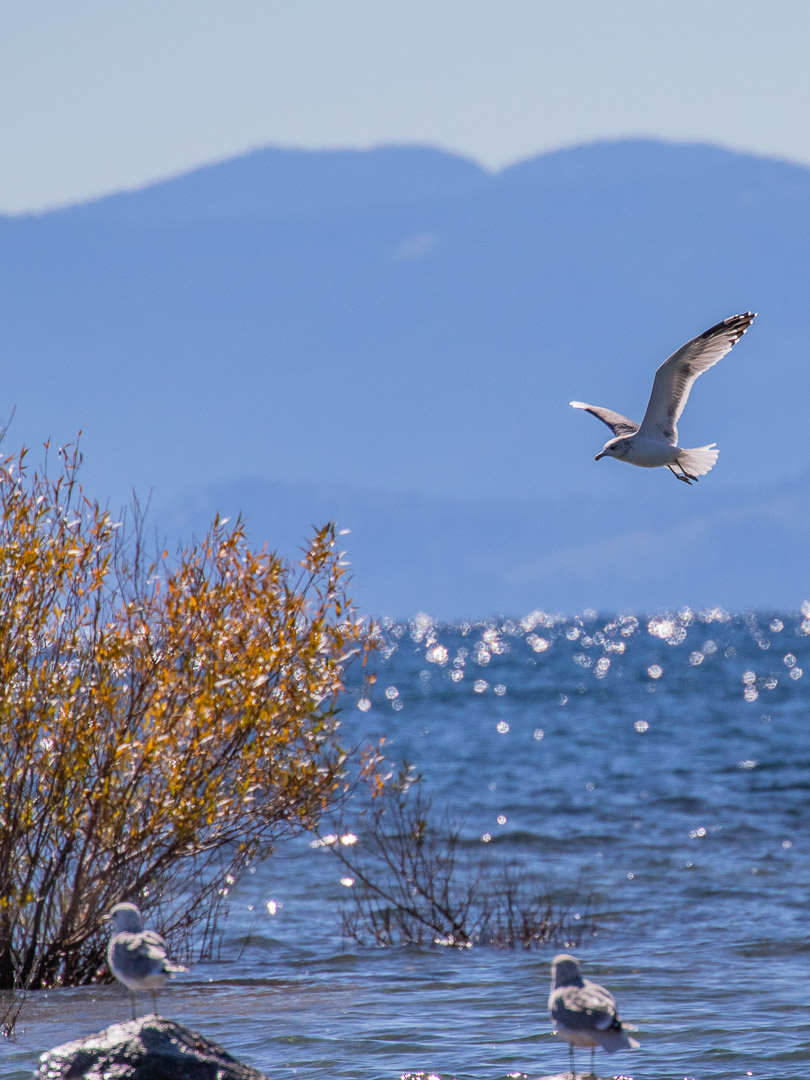 Bird Observations at Pomin Park
Click on any photo to zoom and see slideshow. 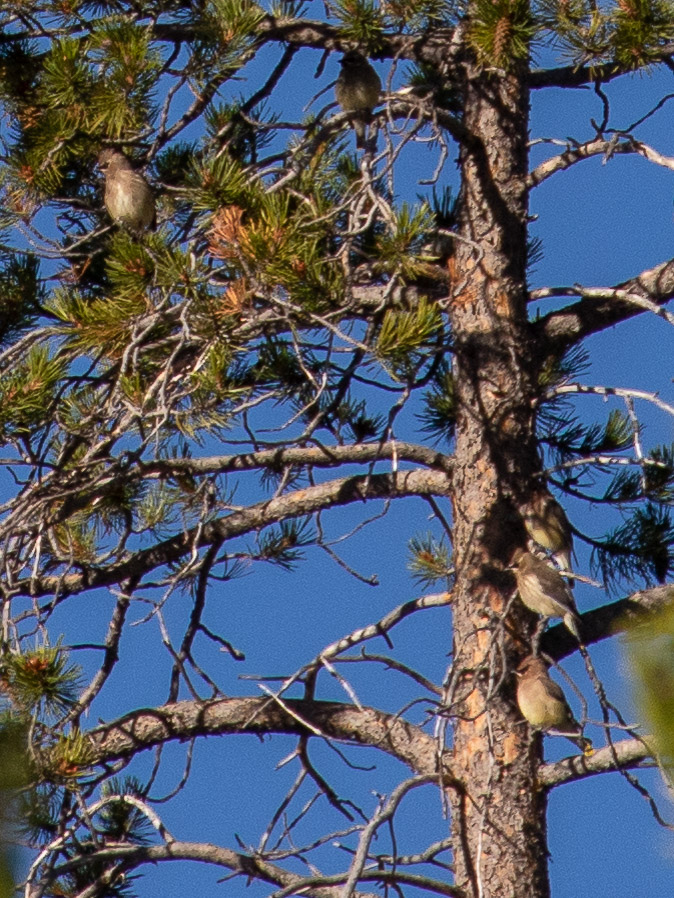 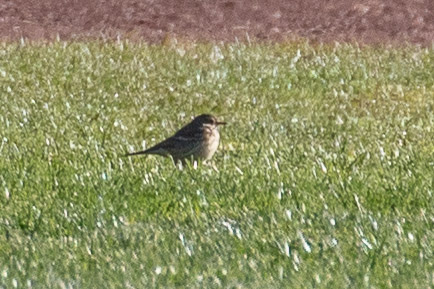 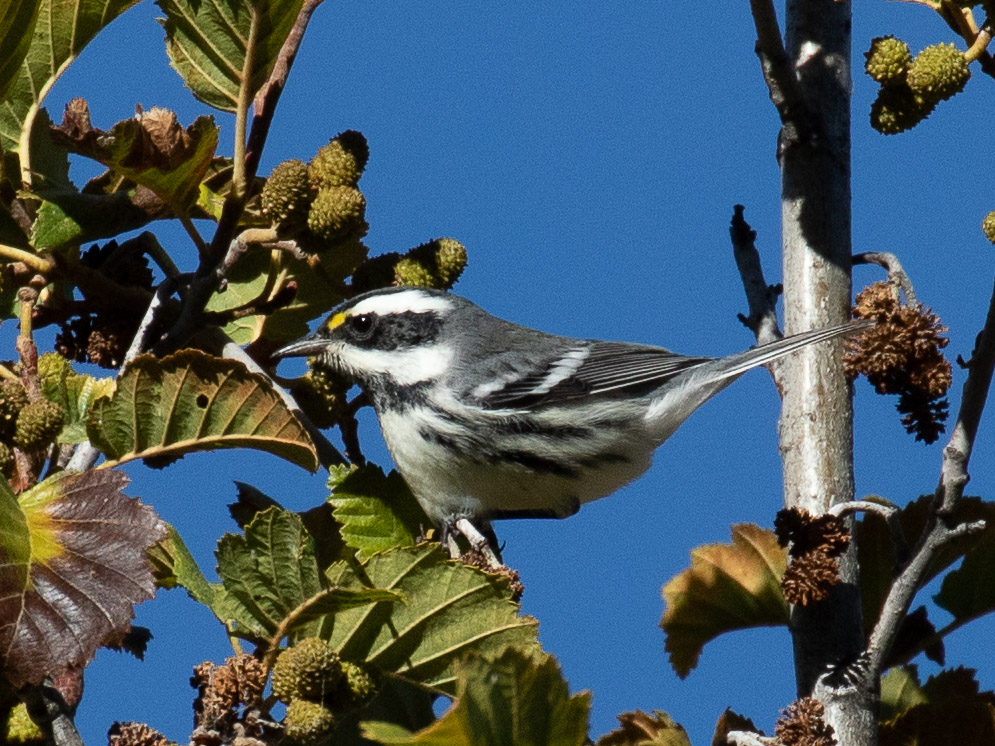 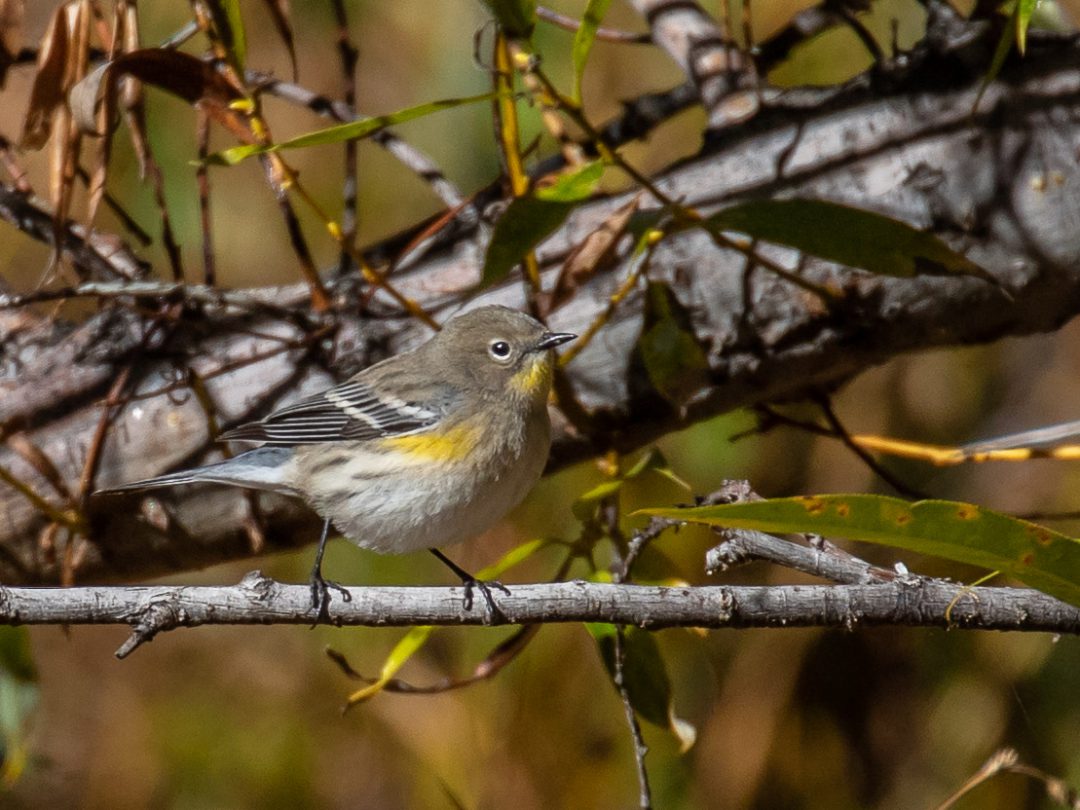 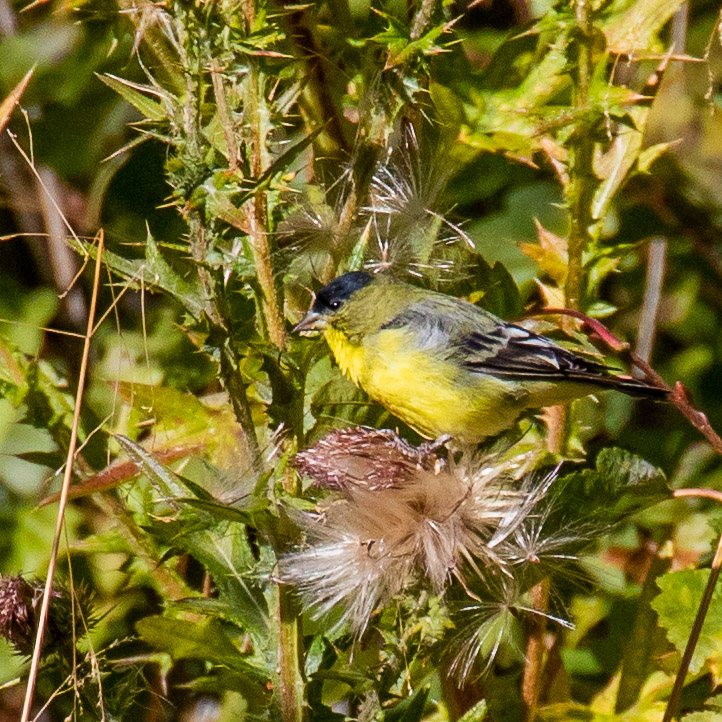 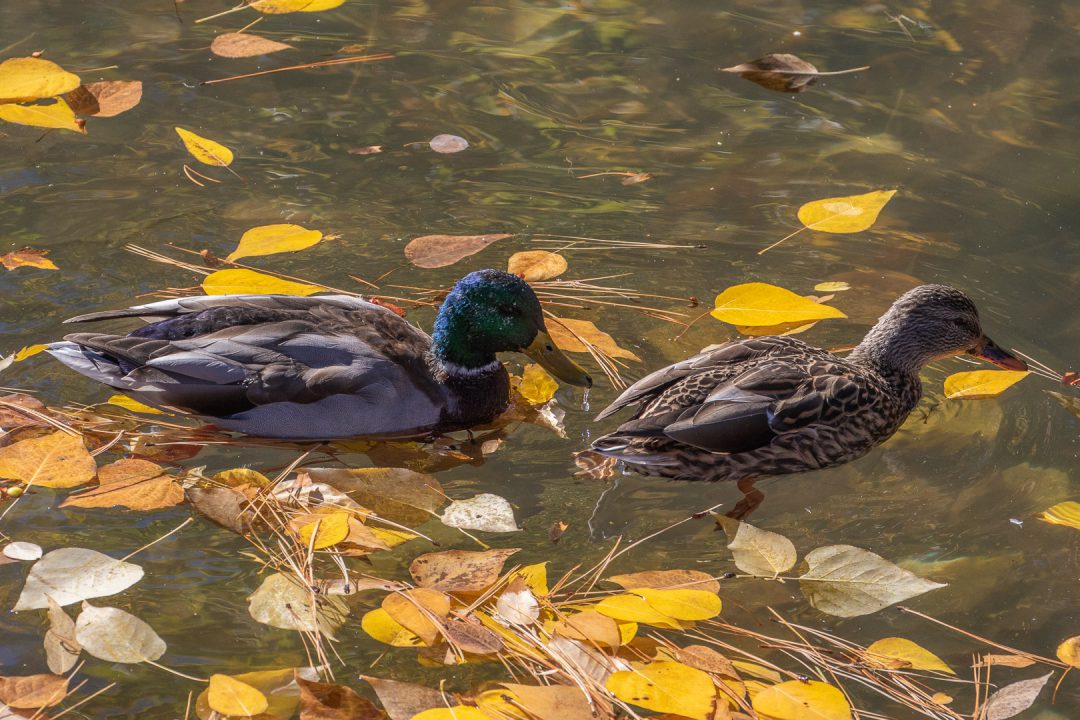 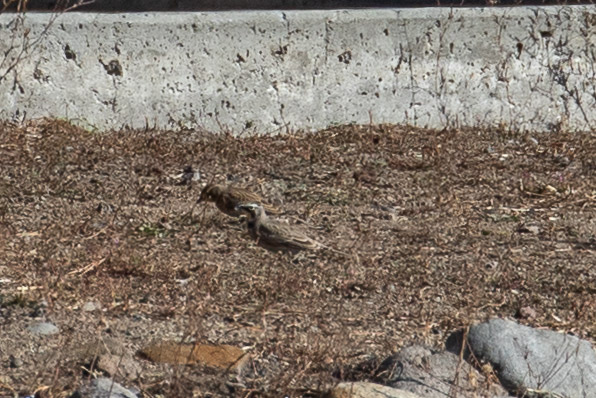 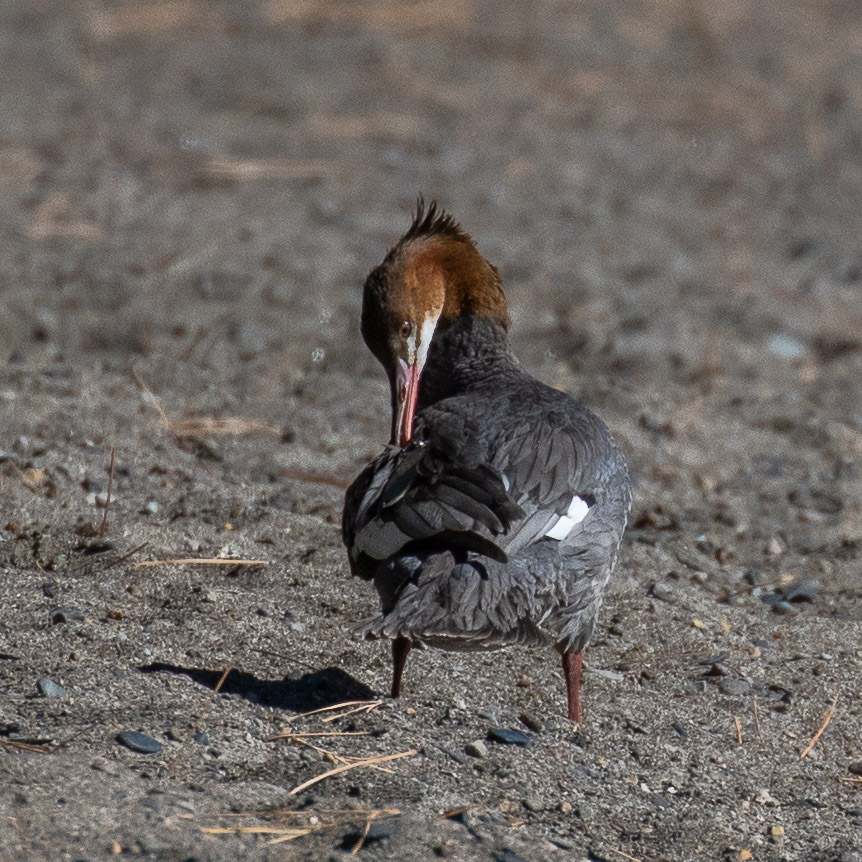 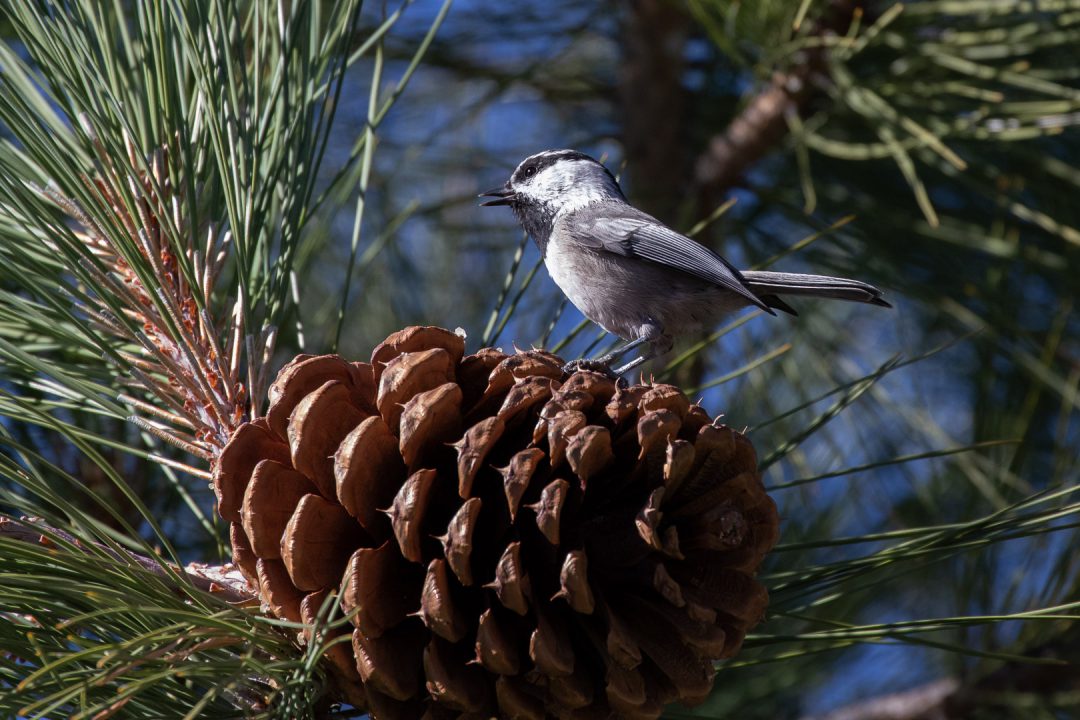