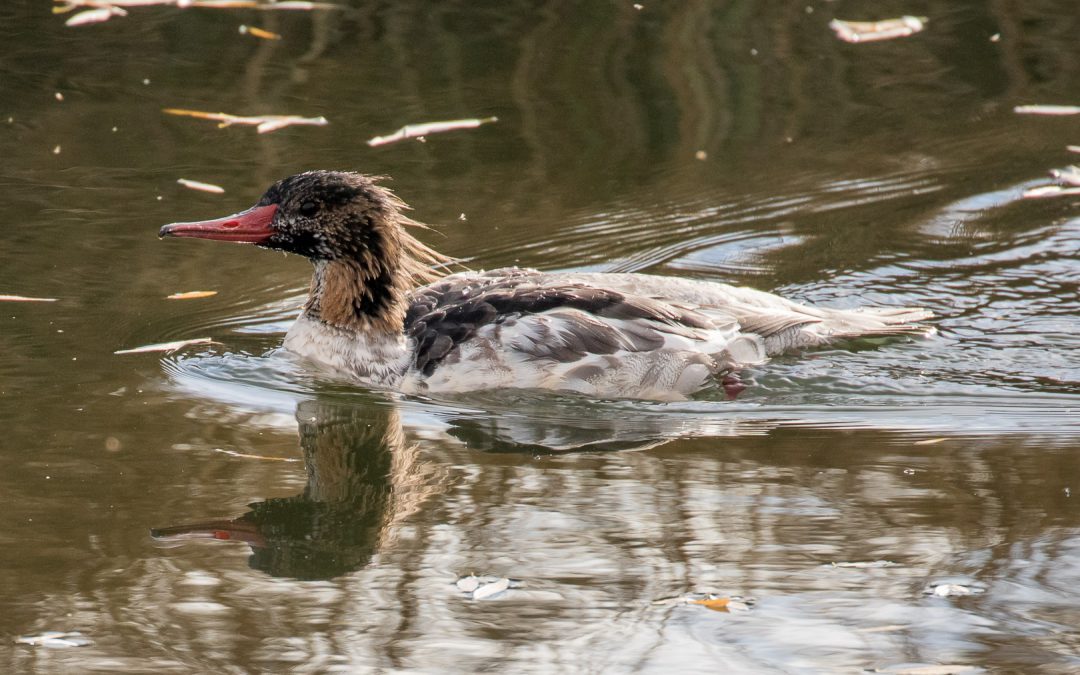 Today I drove to South Lake Tahoe to stop at some of my favorite locations and look for more unusual ducks and shorebirds. First I swung by Rabe Meadow, arriving around 9:15 am. The light on the pond was beautiful, and it was just partially frozen. I saw several ducks including Mallards, American Wigeons, Ring-necked Ducks and Coots, but nothing new for my list. I also saw the usual ground birds including House Finches and Yellow-Rumped Warblers.

Next I headed to the west side of the Truckee River Marsh (Cove East). There wasn’t a lot of action there, but I did see some ducks in the harbor area, including Common Mergansers. (Note – in photo above, male merganser is just changing from its rust color to its more dramatic black breeding plumage.) I also observed Mountain Chickadees and a Northern Flicker. I headed back over to the west side of the marsh, where I ran into my bird friends the Sweatts again. Jenny offered to meet up with me a bit later and show me into the gated side of Tahoe Keys. I didn’t see any unusual birds on this side of the marsh either, though I did get a much closer shot of an American Pipit than on my first observation (Pomin Park) and got to watch it doing some beach combing activity at the edge of Lake Tahoe.

Then I drove all the way down Venice Drive to meet up with Jenny. We checked again for the Black-Crowned Night Heron but those were gone. We did see a Greater Scaup, which was a new duck for me; Jenny picked it out – sort of nondescript brownish duck with a white spot just above the bill. (Telling the difference between the Greater and Lesser Scaup is tricky, but we’re convinced this was the Greater!) We walked into the gated area in Venice Drive and she showed me where the Tahoe Keys development’s main boating channel into the lake is. Since this is the last area of the inland boating channel that freezes, a lot of ducks tend to gather here this time of year. Jenny helped me identify a Ruddy Duck (new for me). This is a smallish diving duck with a somewhat distinctive curve to its bill. When relaxed or snoozing, it has a little pintail that sticks straight up – another good way to recognize this duck.

Today I added 2 species to my Tahoe Big Year list. 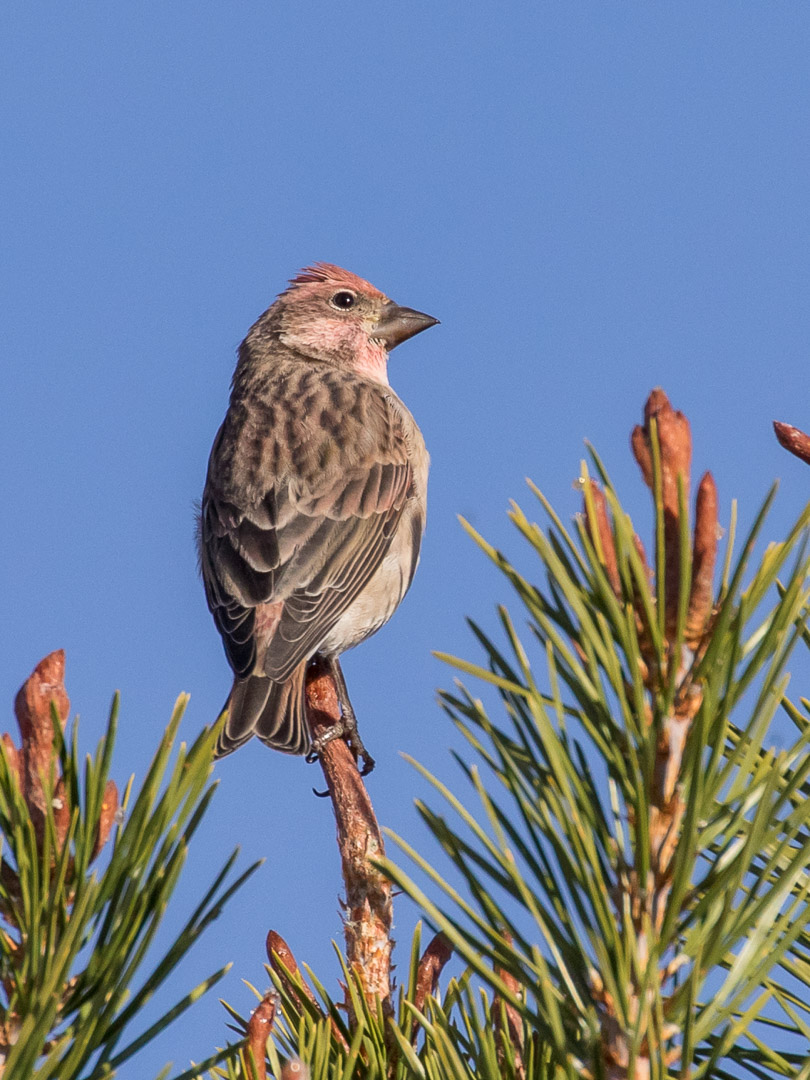 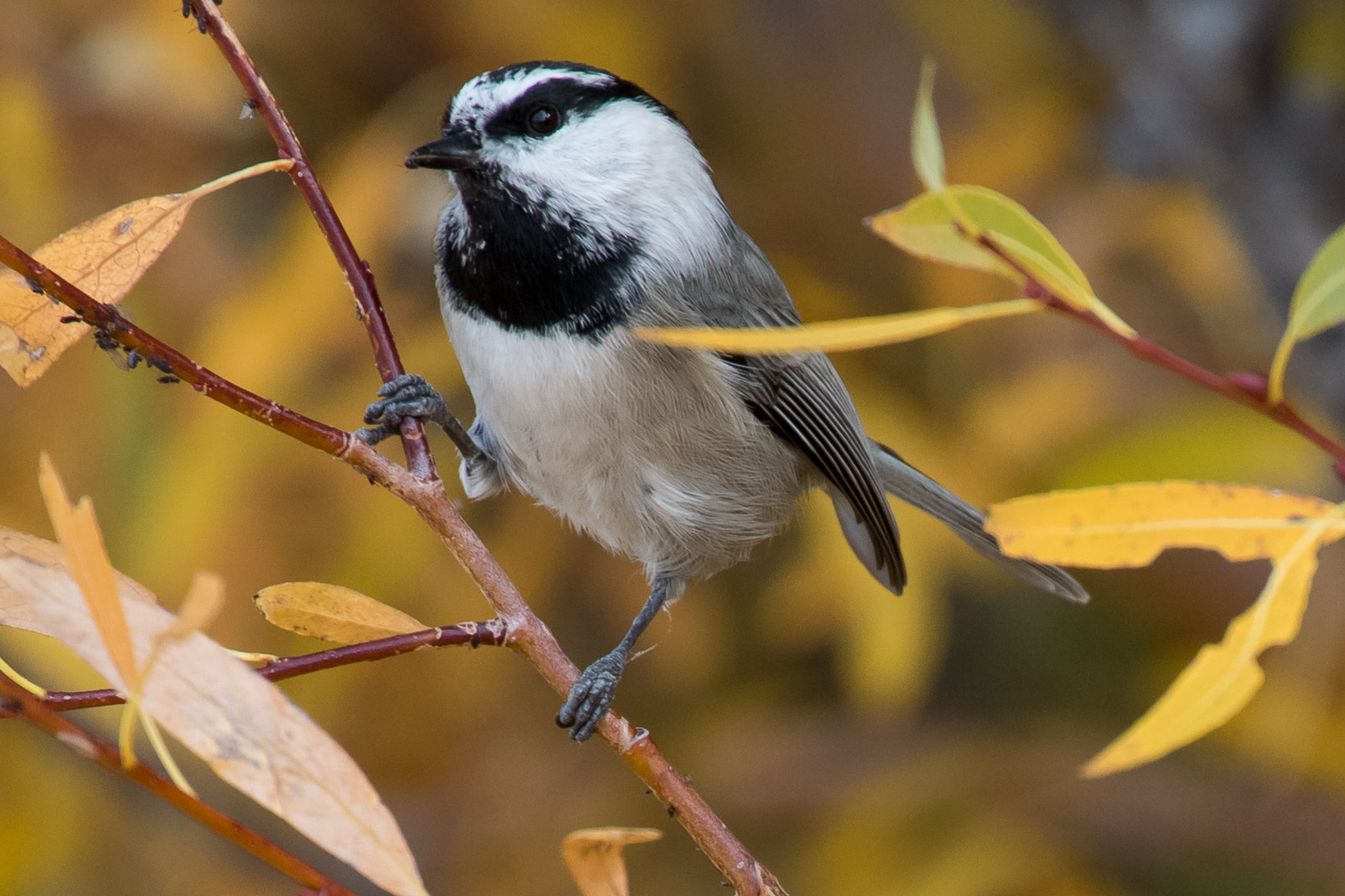 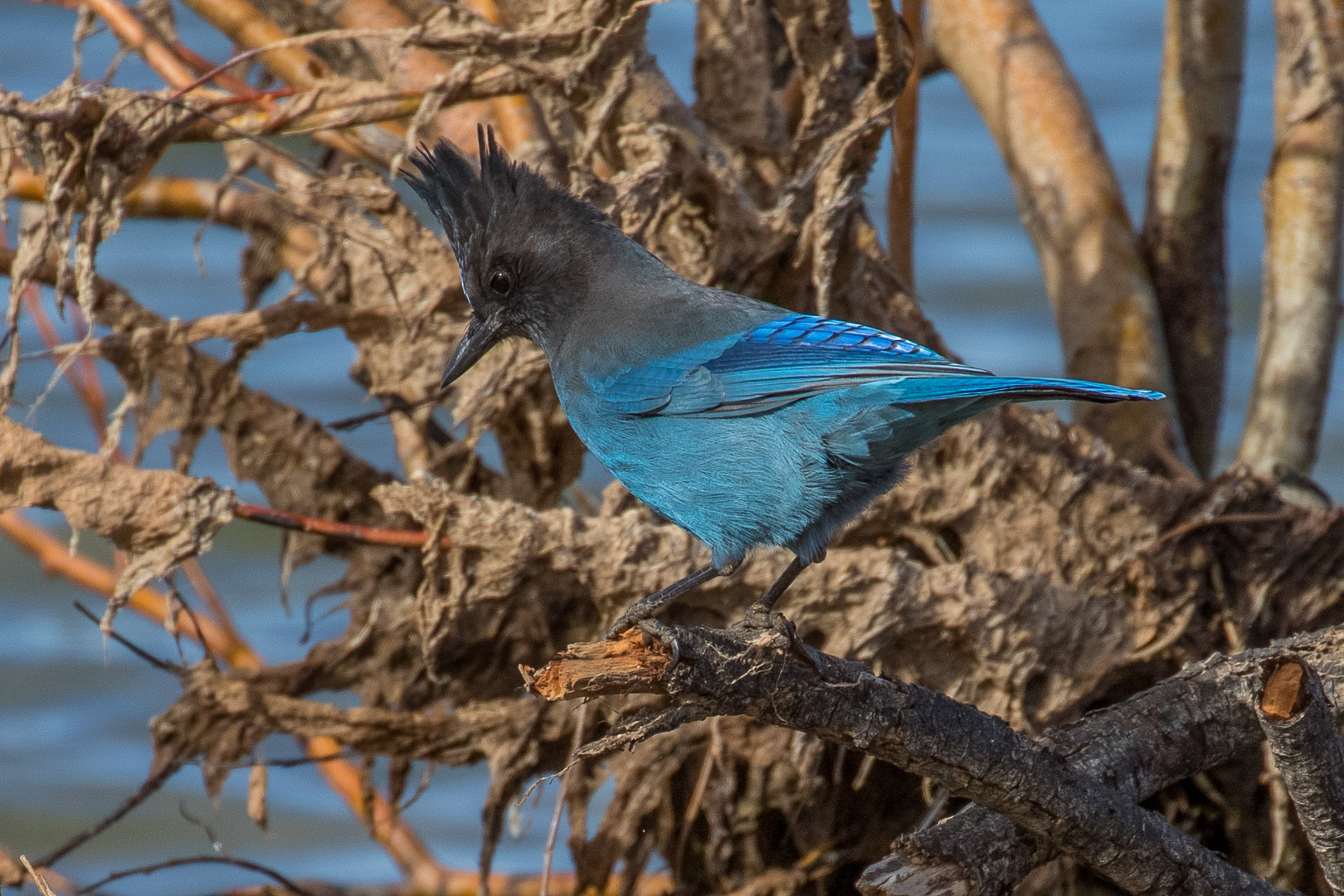 Bird Observations at South Tahoe
Click on any photo to zoom and see slideshow. 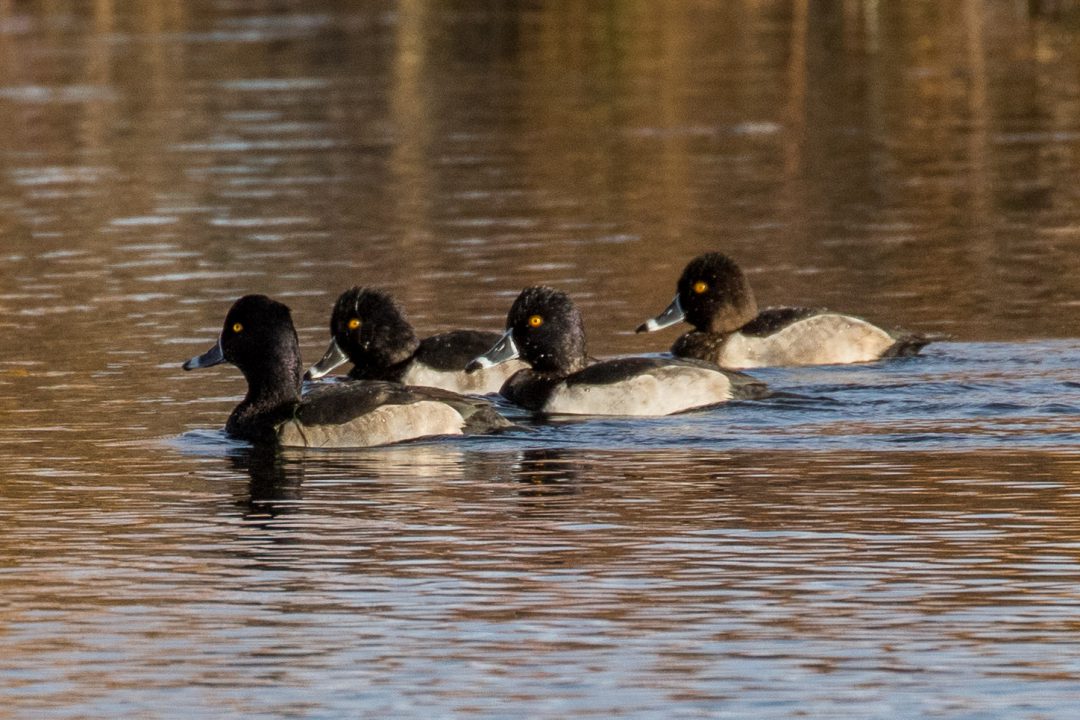 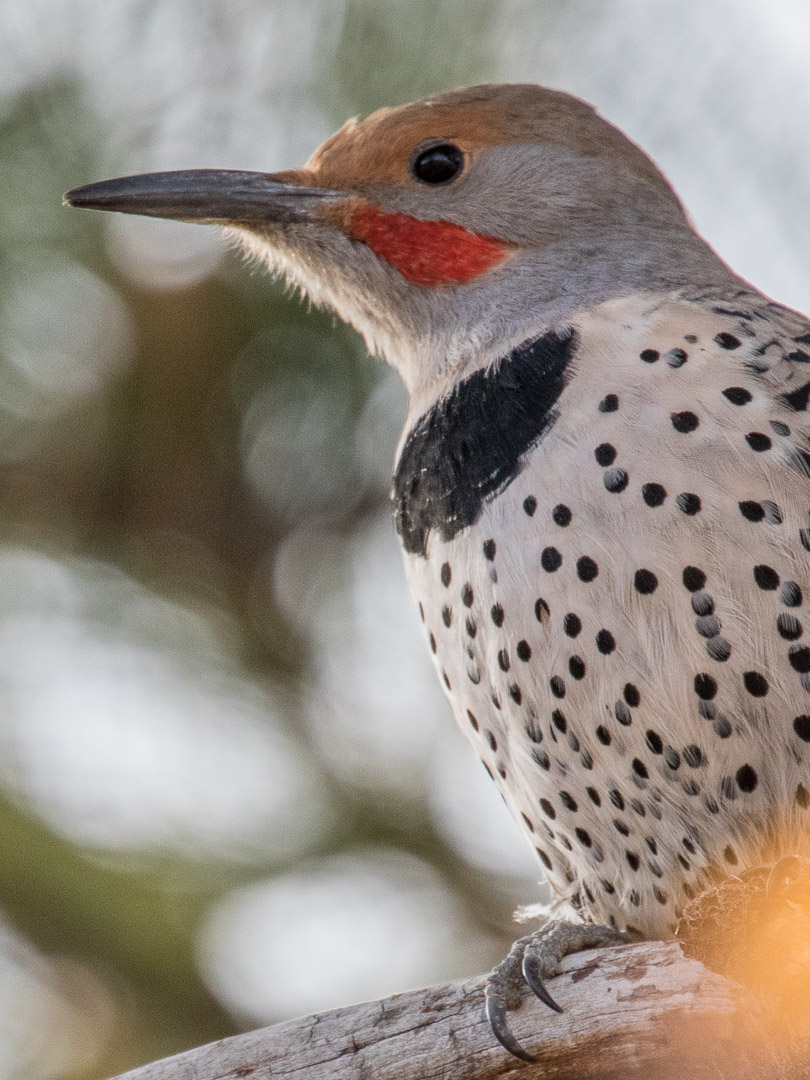 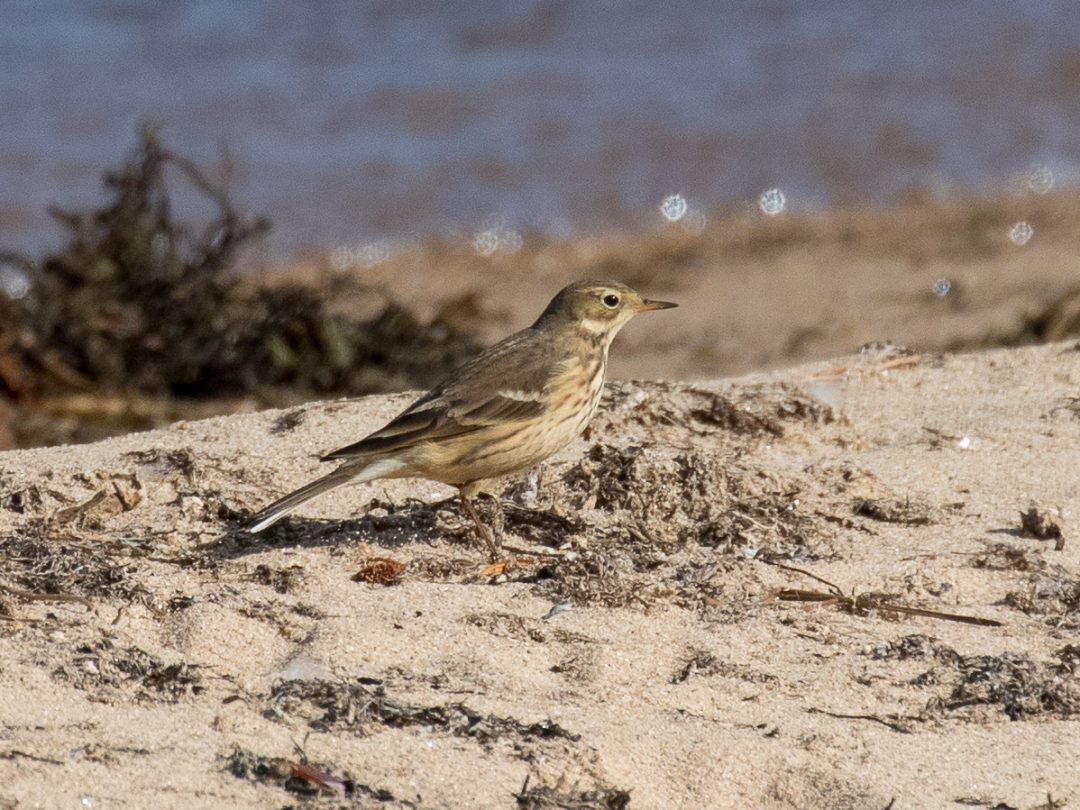 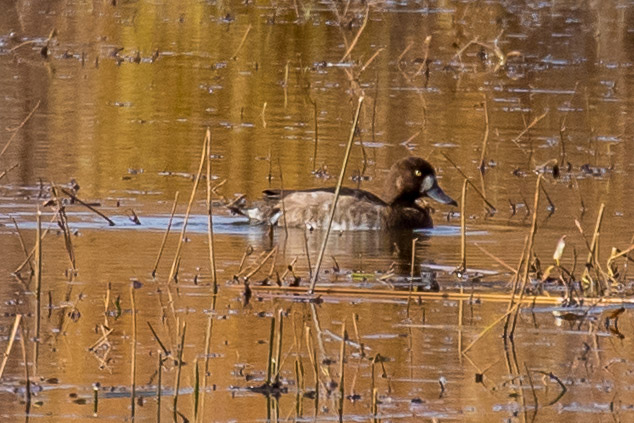 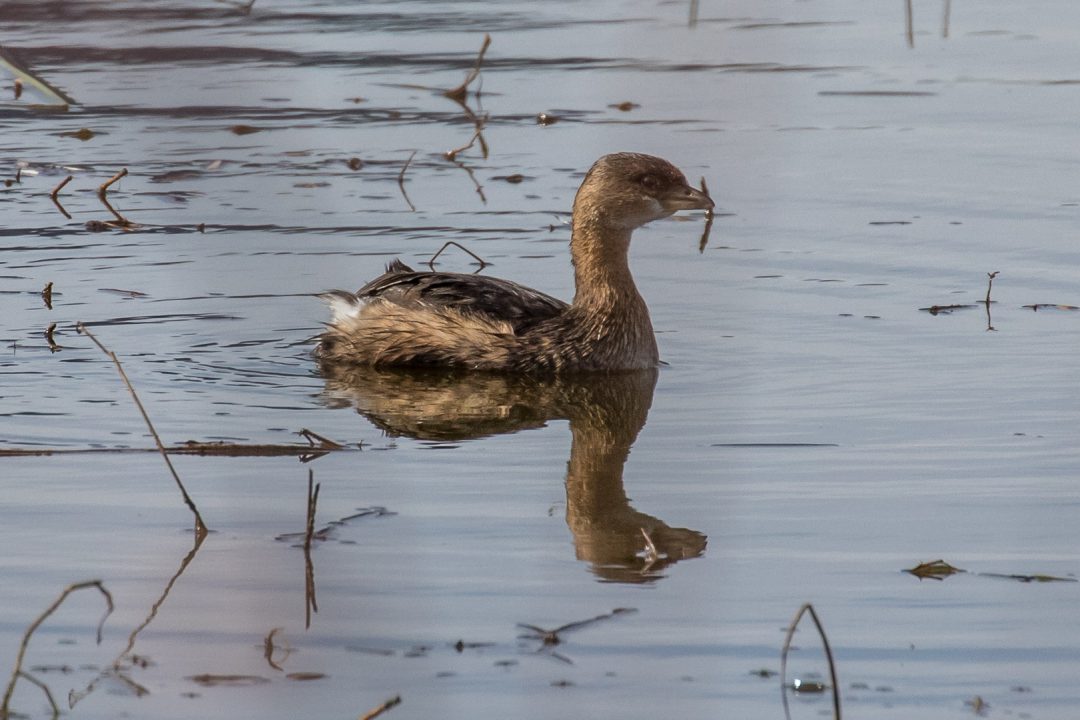 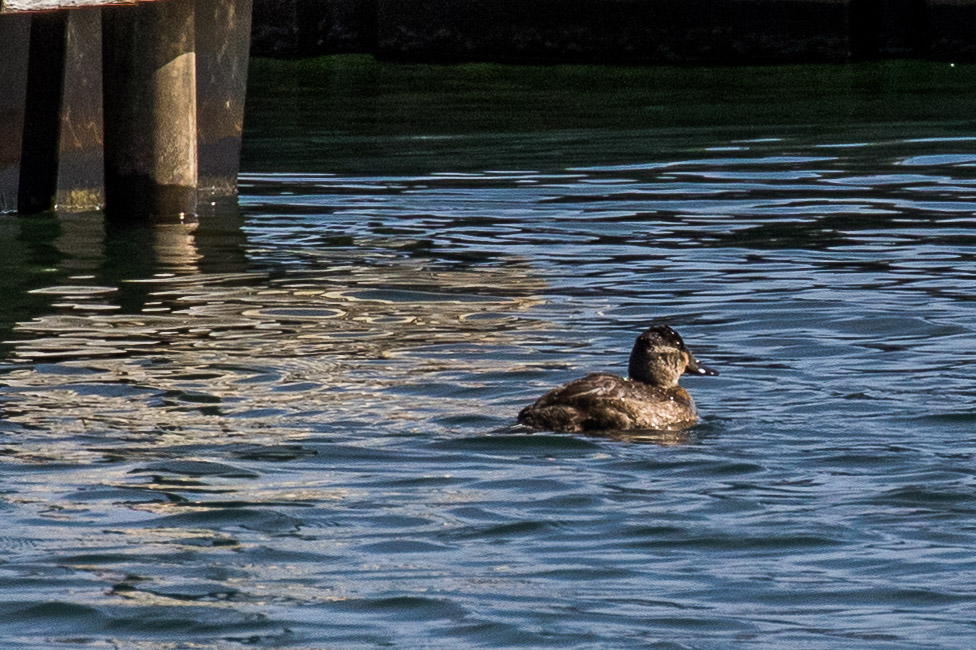 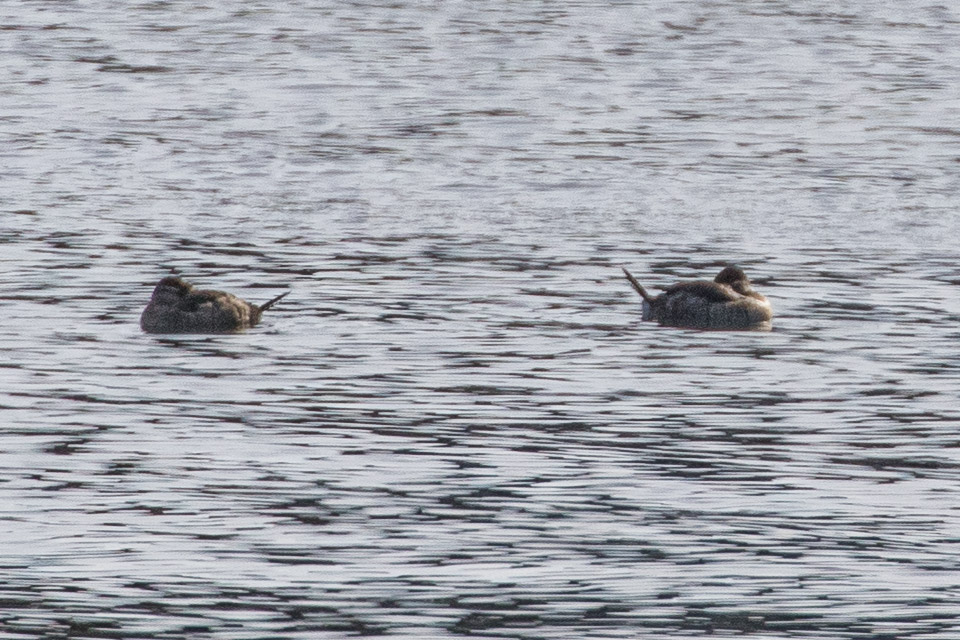