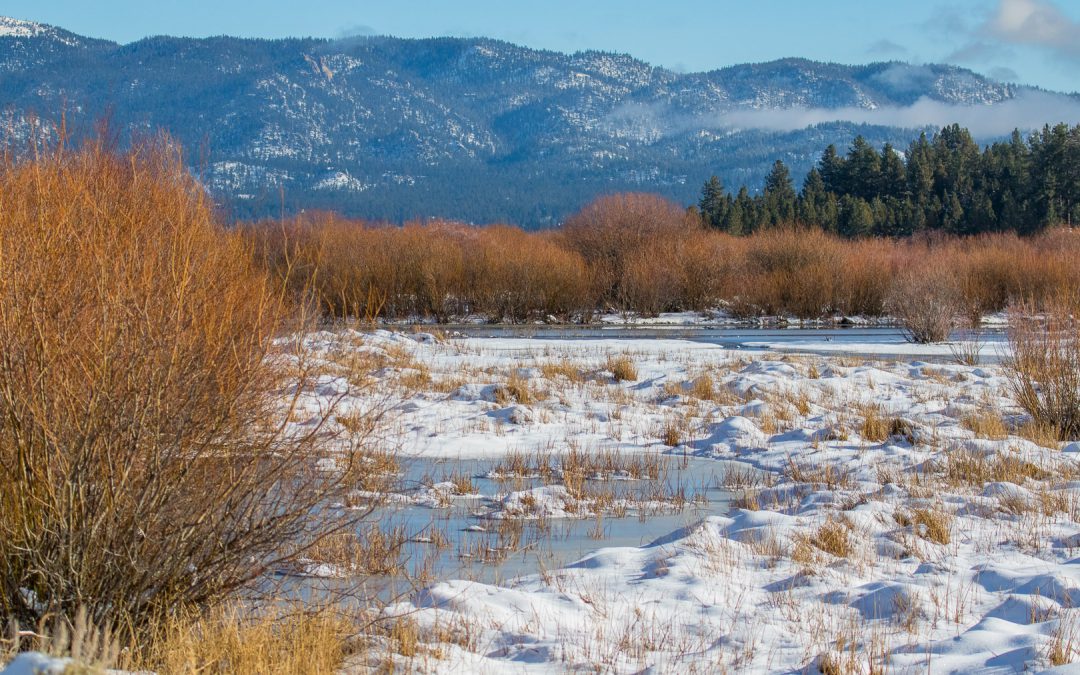 I met the TINS (Tahoe Institute for Natural Science) group at Cove East in South Lake Tahoe for a very-well attended walk – about 20 birders were present and in high spirits. This was the last event of the year, so everyone was trying to get a few more birds for their lists. We ambled down the trail, led by Sarah from TINS. In spite of the winter season, we still observed numerous birds. There was a resident Great Blue Heron, several Black-billed Magpies, a Red-tailed Hawk, a Northern Shoveler, and a few small birds. I was happy I finally got a good look at a Ruby-crowned Kinglet – a very small bird that hops around a lot in the willow branches; it has eluded me several times as other birders have seen it but I missed it. This time I captured a number of decent shots and I even got a great view of the ruby crown (which often cannot be seen). The group was scanning and studying the ducks in the harbor/lagoon waters, and after some discussion, it was agreed we’d spotted a Eurasian Wigeon. Very exciting, as this was a new TBY sighting for virtually everyone in the group, and a very pretty duck, though it was rather far out in the lagoon for photography. It was mixed in among a number of Gadwalls, American Coots, and American Wigeon ducks, to name a few. We finally ambled to the shore of Lake Tahoe. There we had a flyover by a Red-shouldered Hawk – a new TBY species for me, though I’d seen one several times at my folks’ home in Saratoga.

After the official hike wrapped up, I headed down Venice Drive to the Tahoe Keys area, meeting up with local birders Jenny and Bob to see what birds were in that neighborhood. A new bird for me there was the Canvasback duck – it was quite far away. Jenny helped me identify it through the spotting scope. Now I need more practice in identifying sleeping ducks – yet another birding skill to build. We saw a disheveled red-shouldered Hawk (maybe the same one seen earlier – Cove East is only a mile or so from there); it seemed to be wet and unhappy.

I made a couple more stops – one at Rabe Meadows, and one at the Edgewood Golf course; the latter is a gated resort area – I was allowed in on condition I didn’t take photos of the celebrities or the clubhouse buildings. In both areas I spotted more ducks who were clustered more in the non-frozen areas of ponds. Canada Geese abounded on the golf course.

Today I added 4 species to my Tahoe Big Year list. 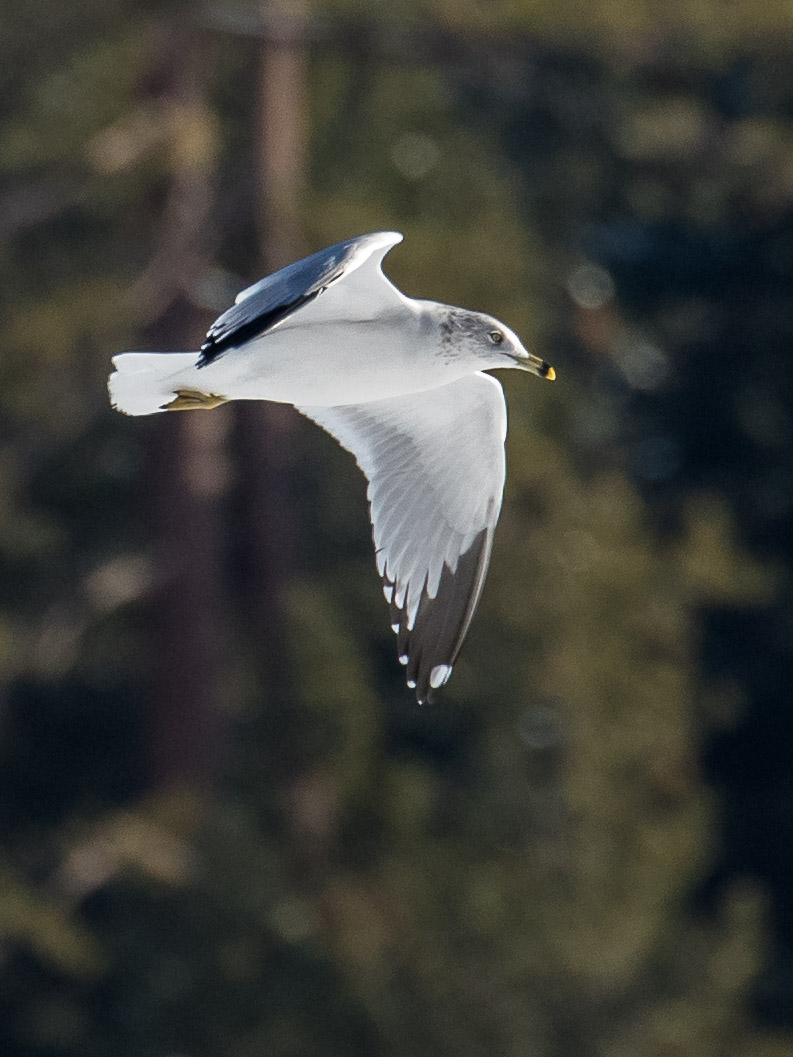 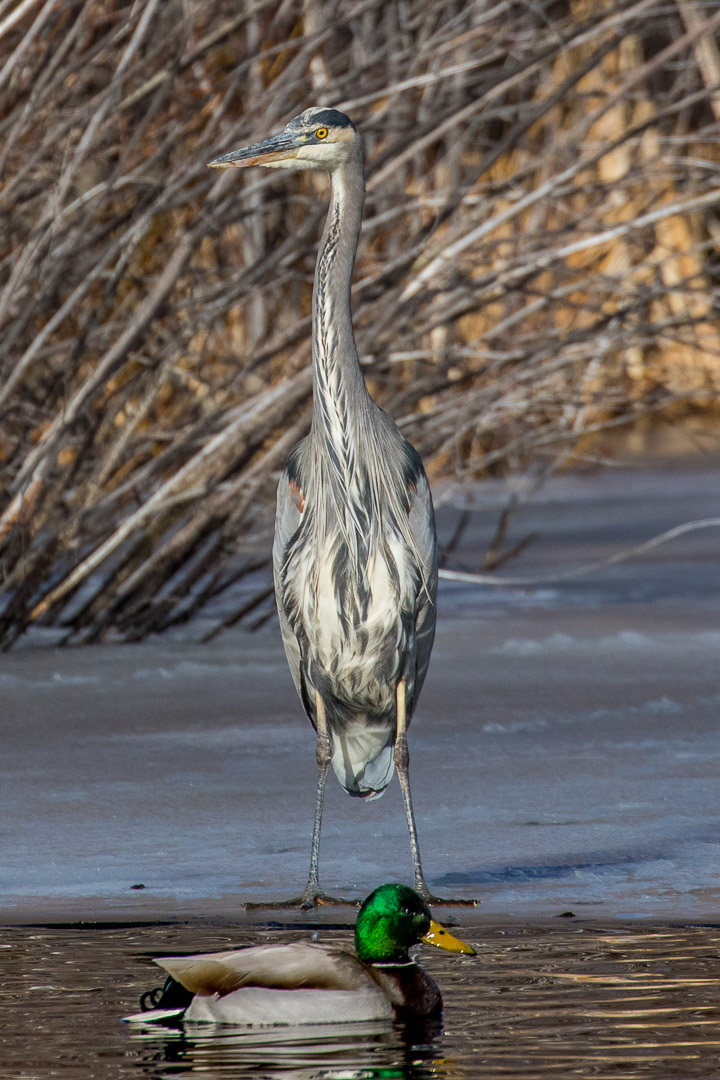 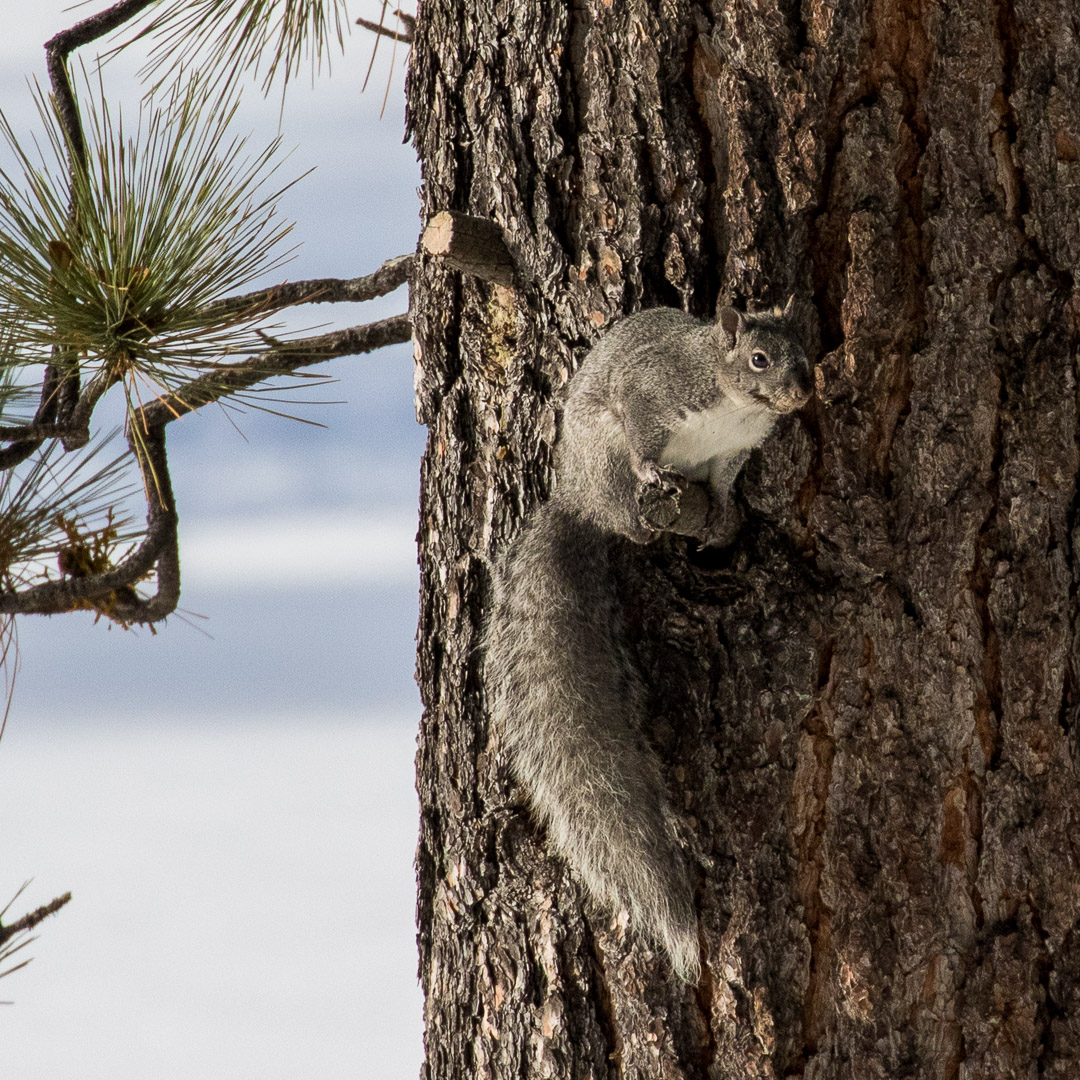 Bird Observations at Cove East and Nearby
Click on any photo to zoom and see slideshow. 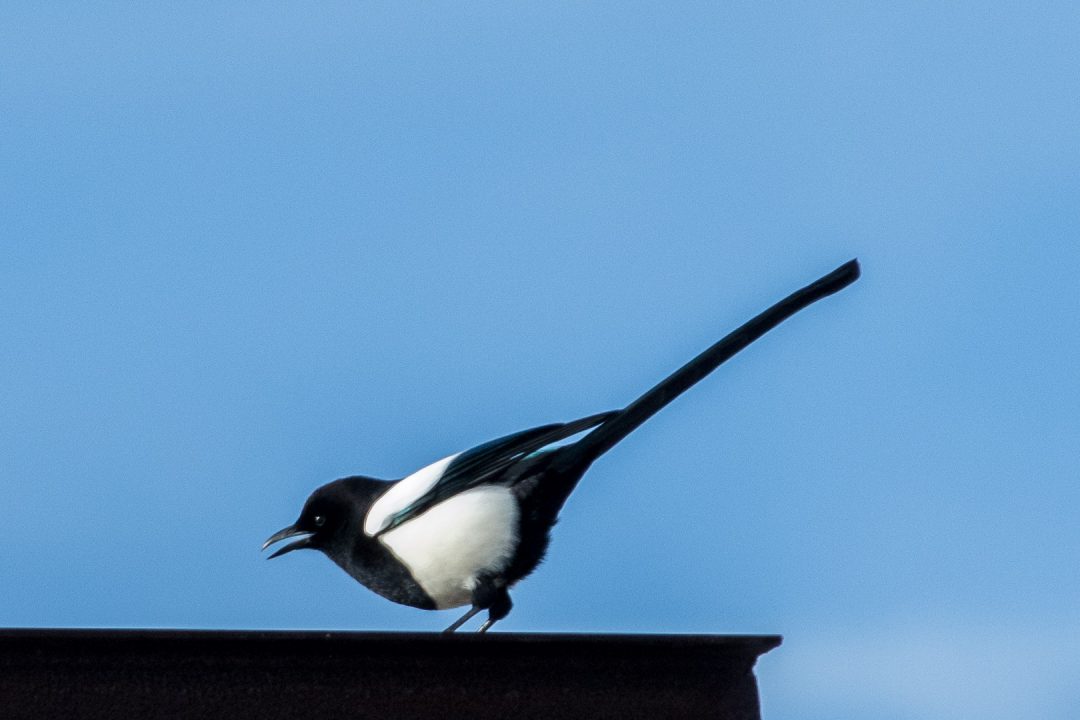 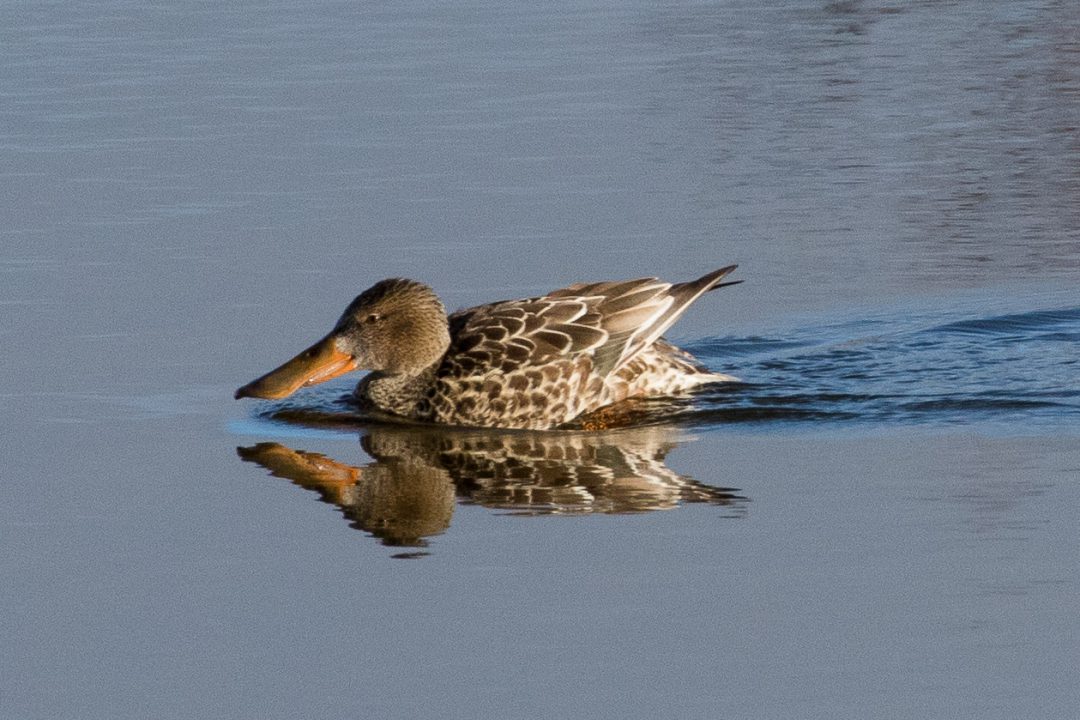 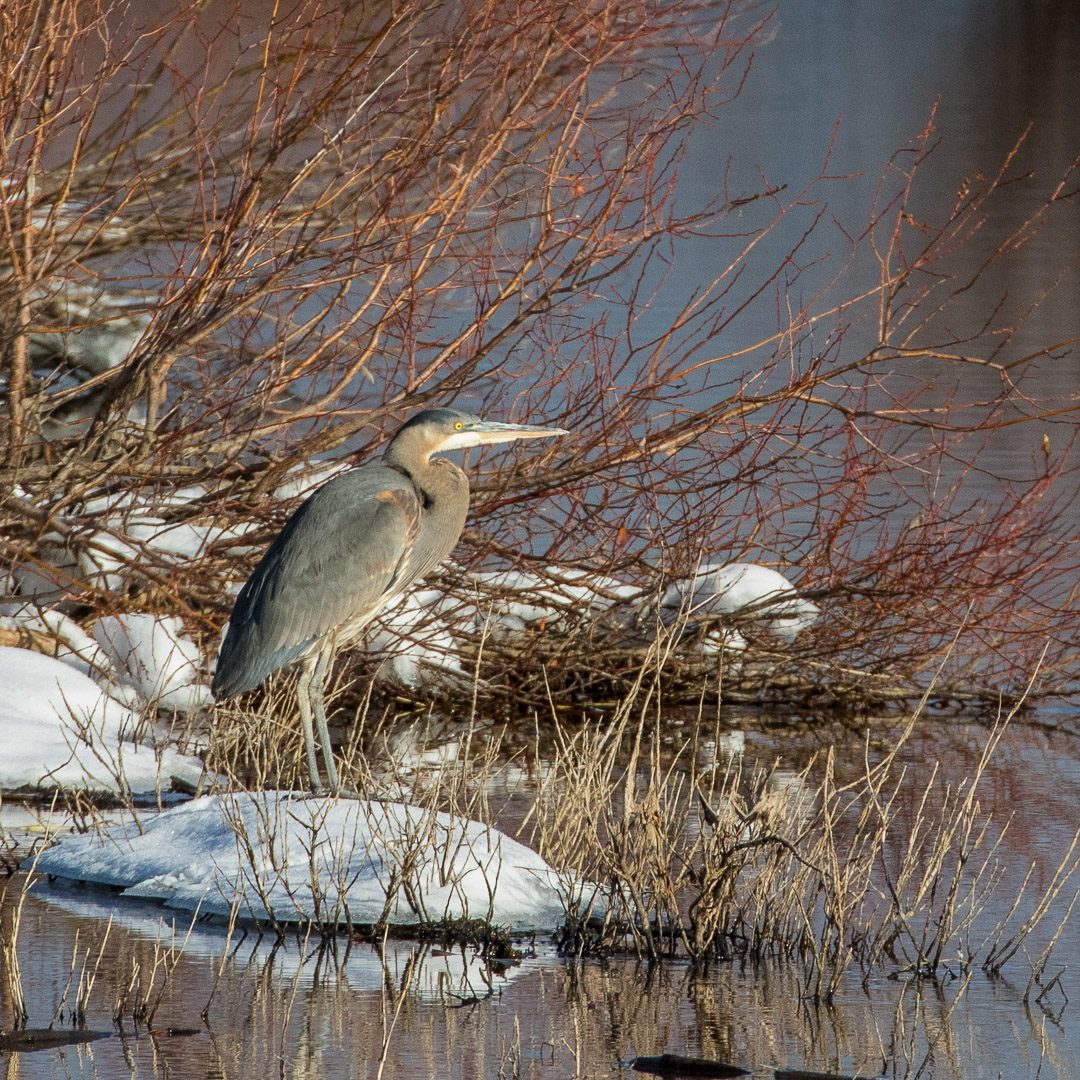 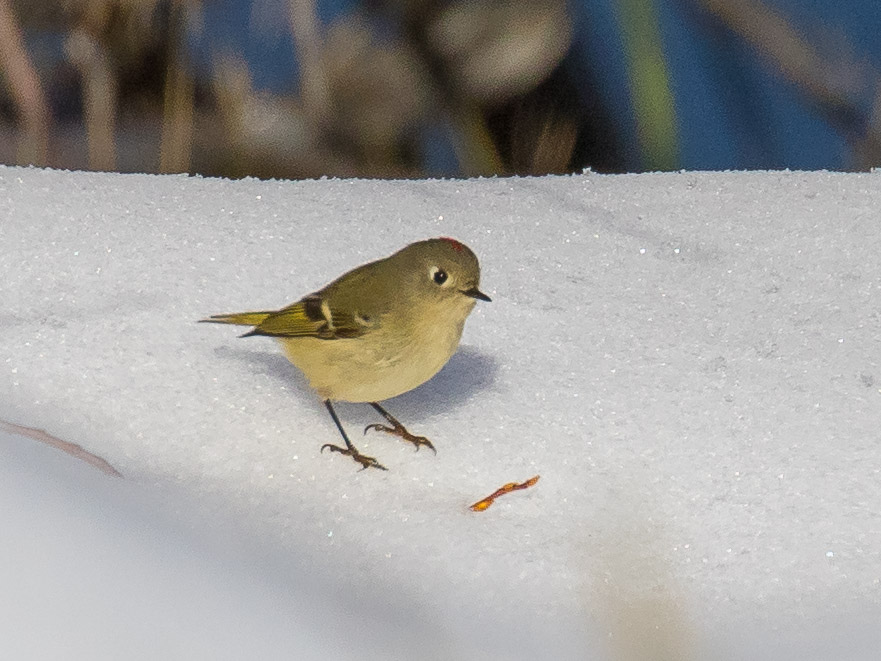 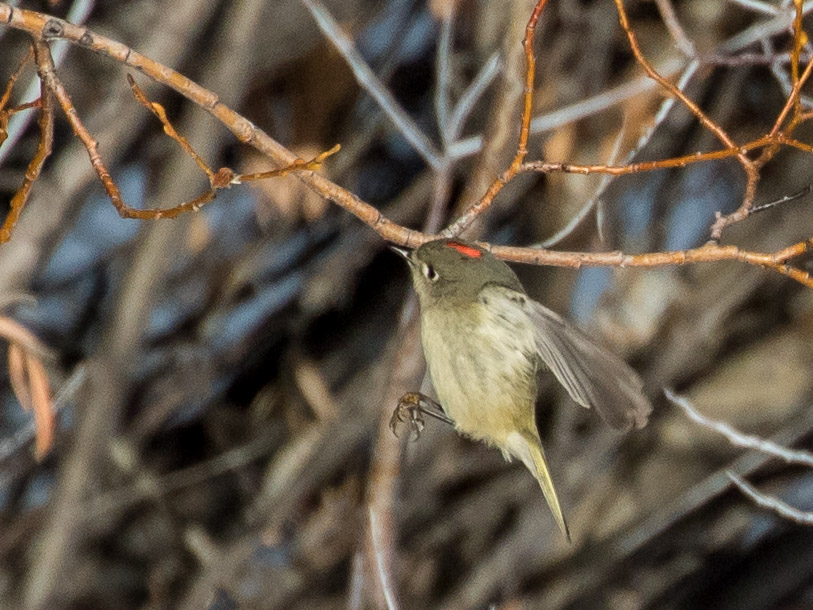 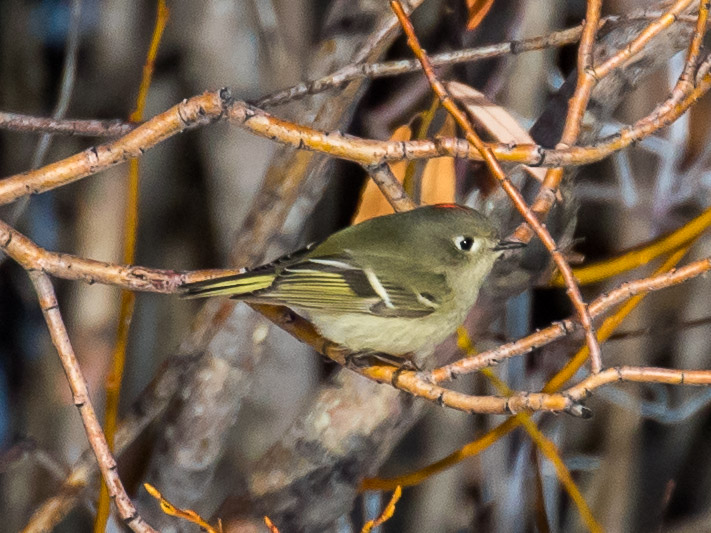 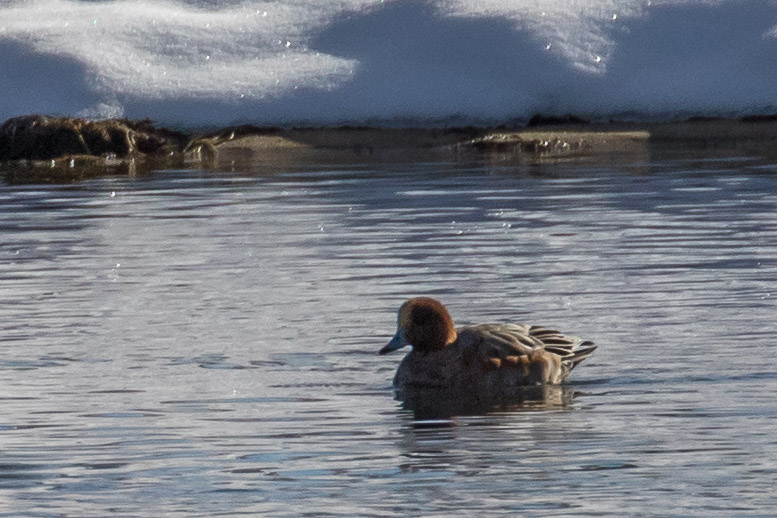 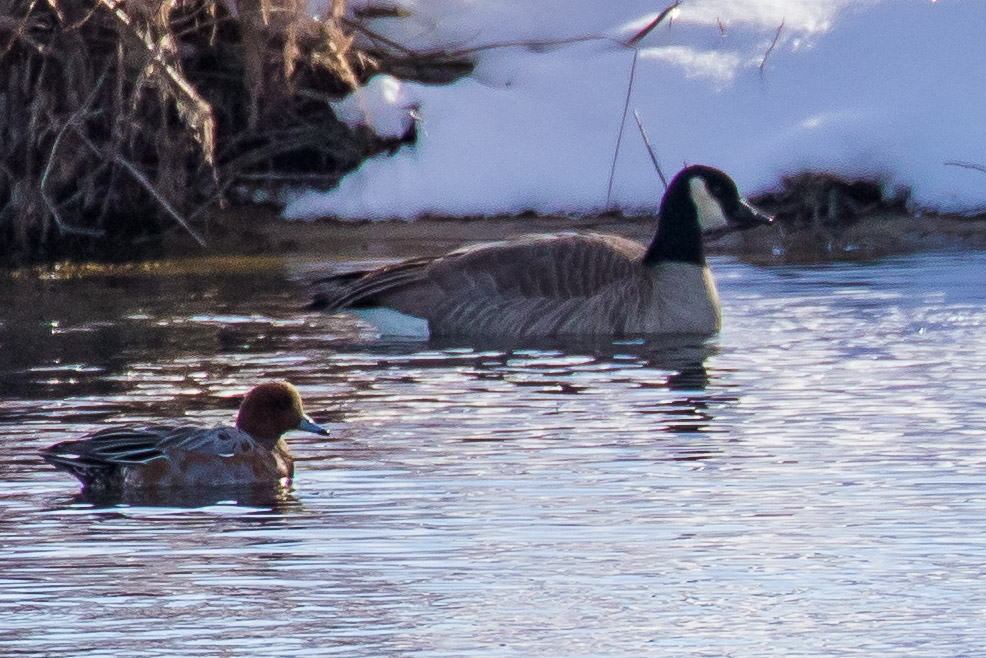 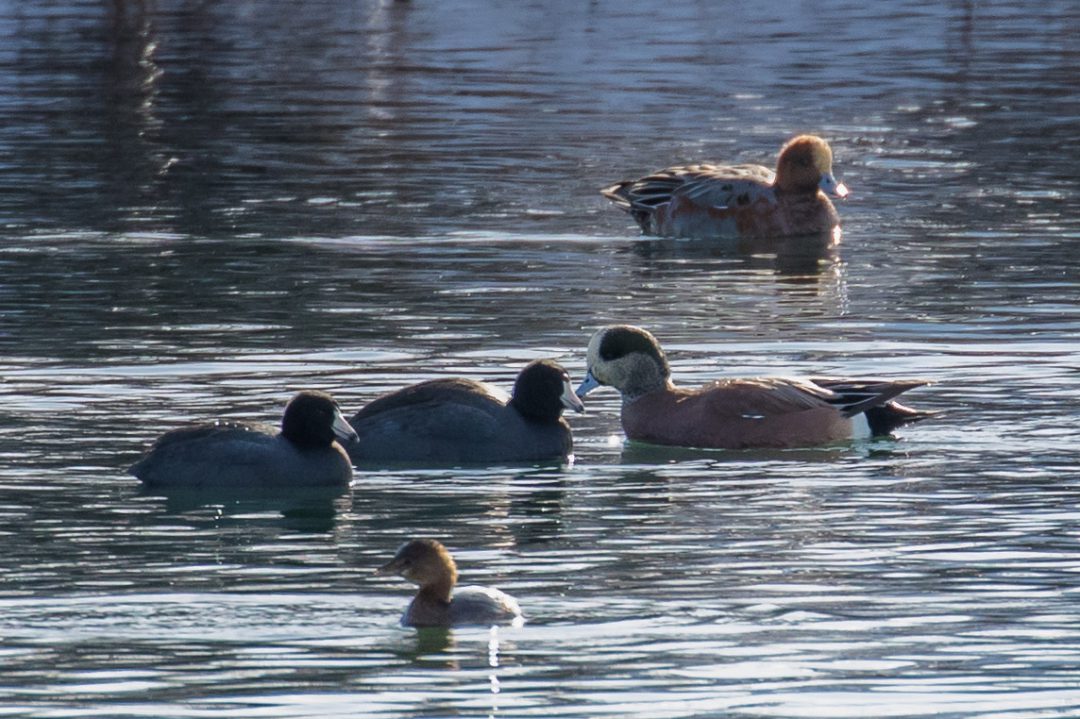 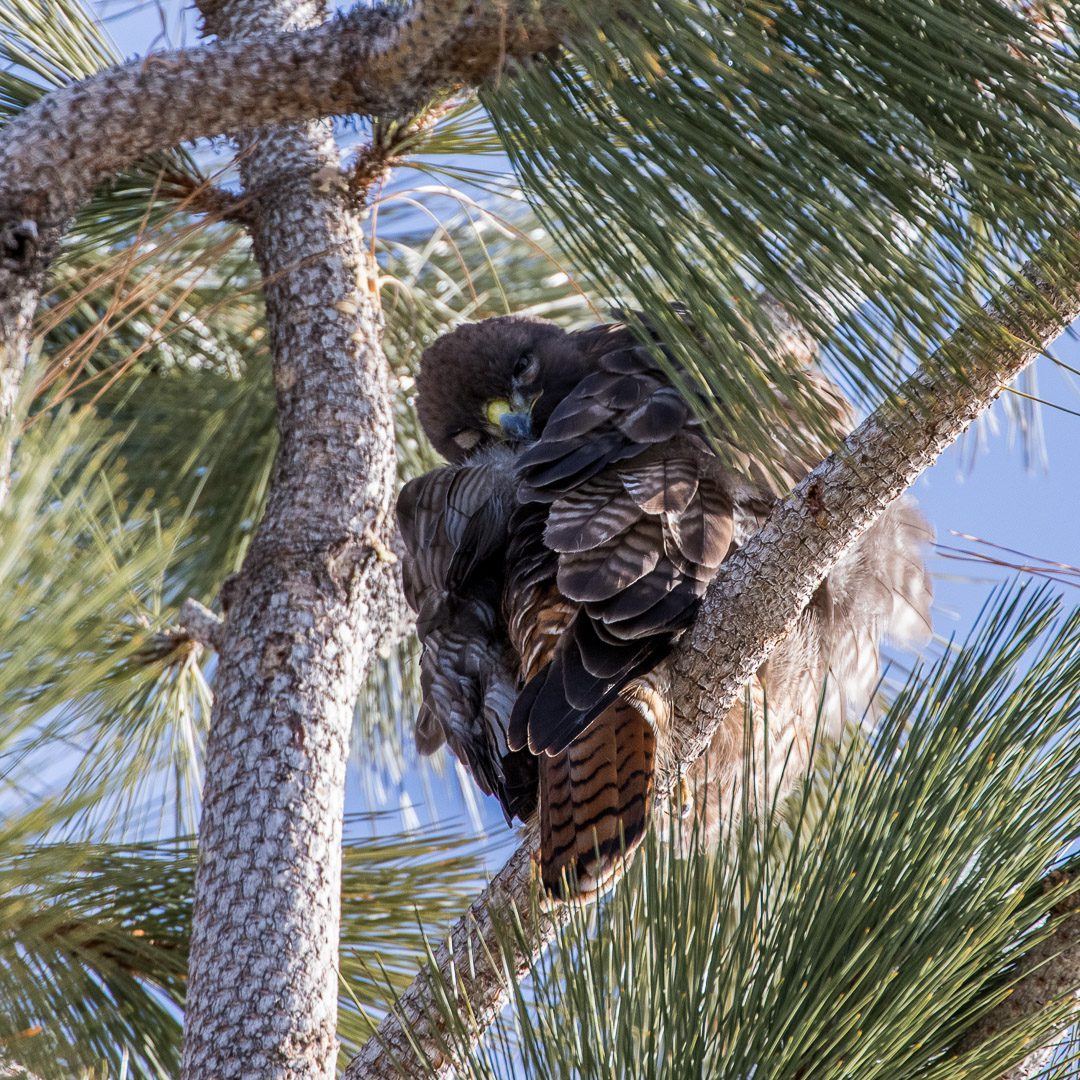 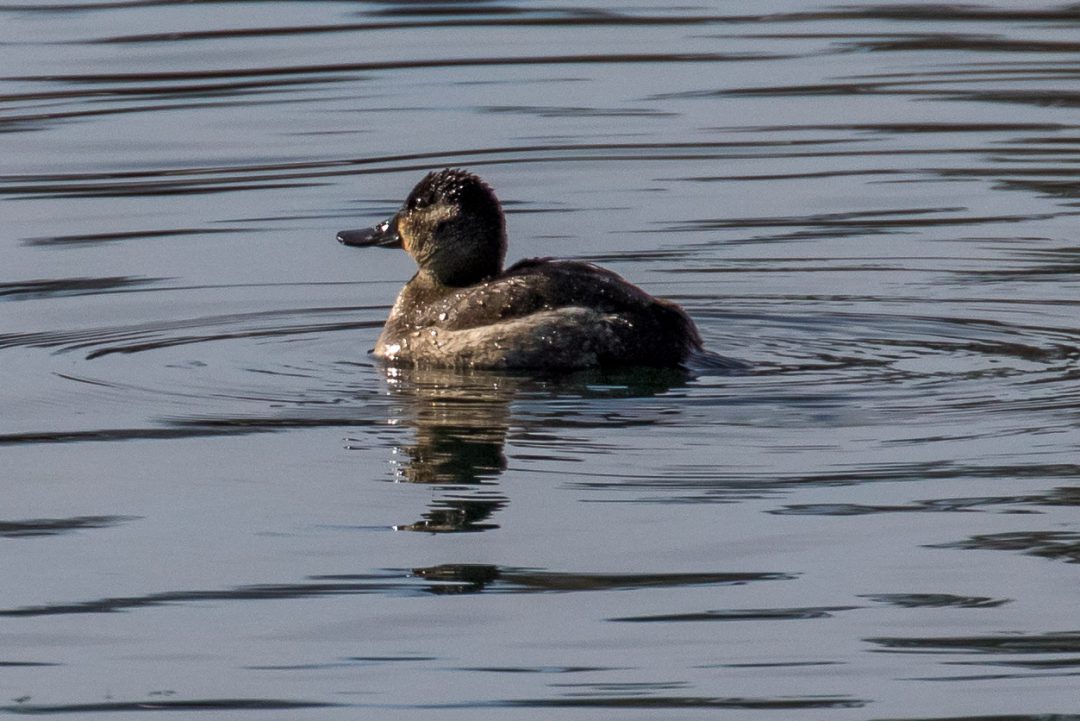 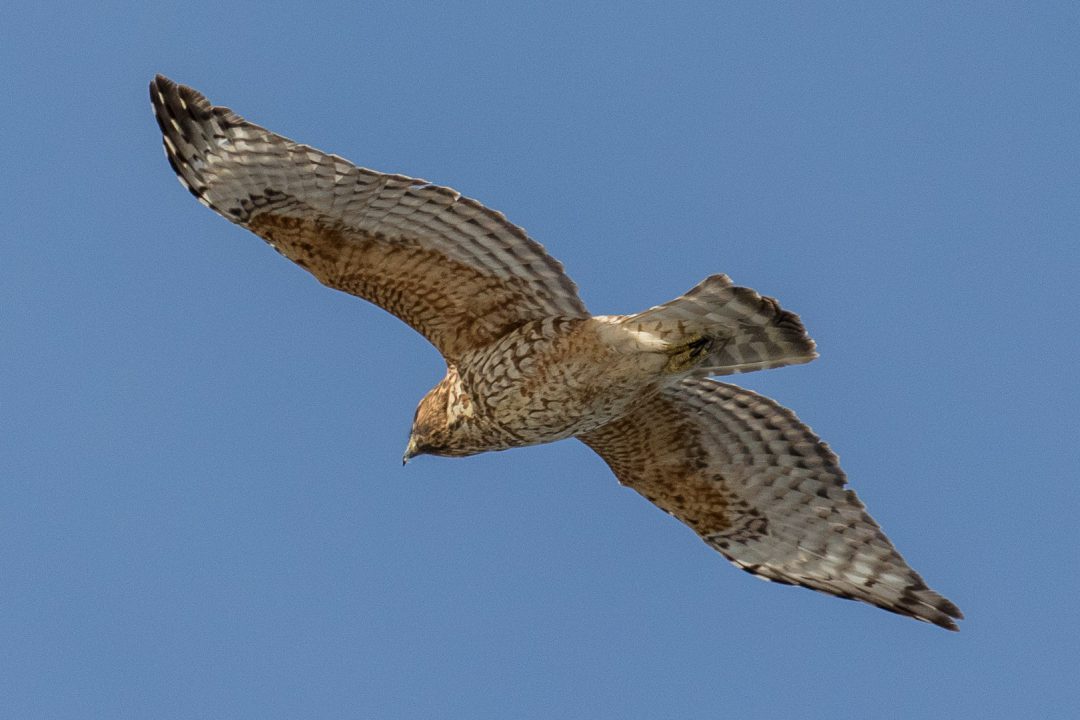 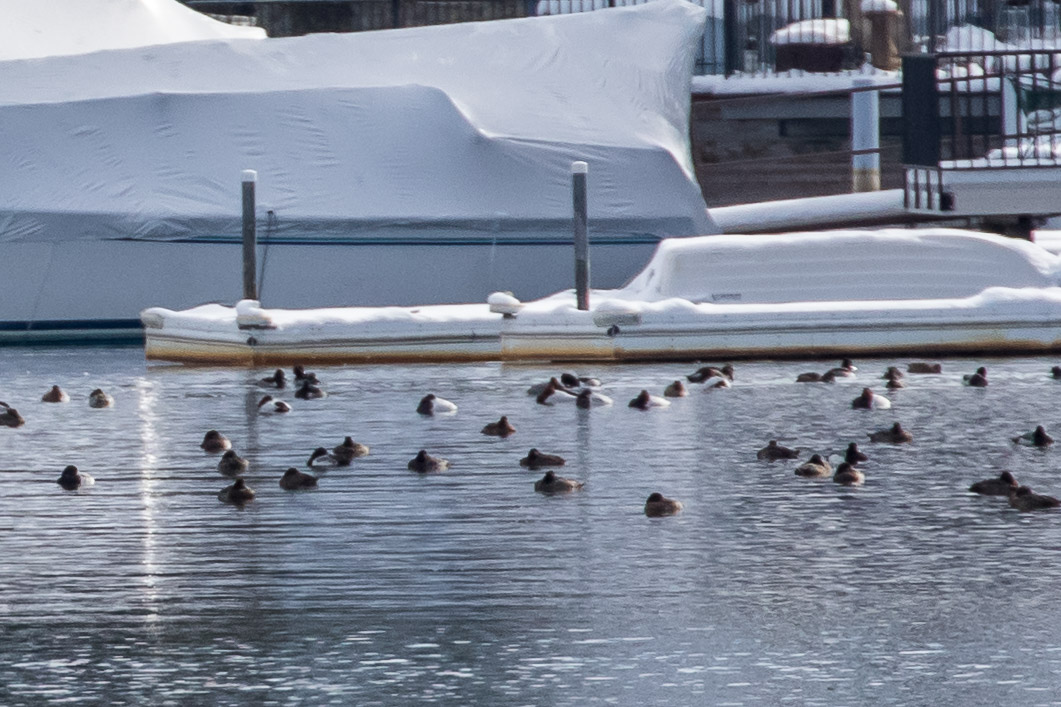 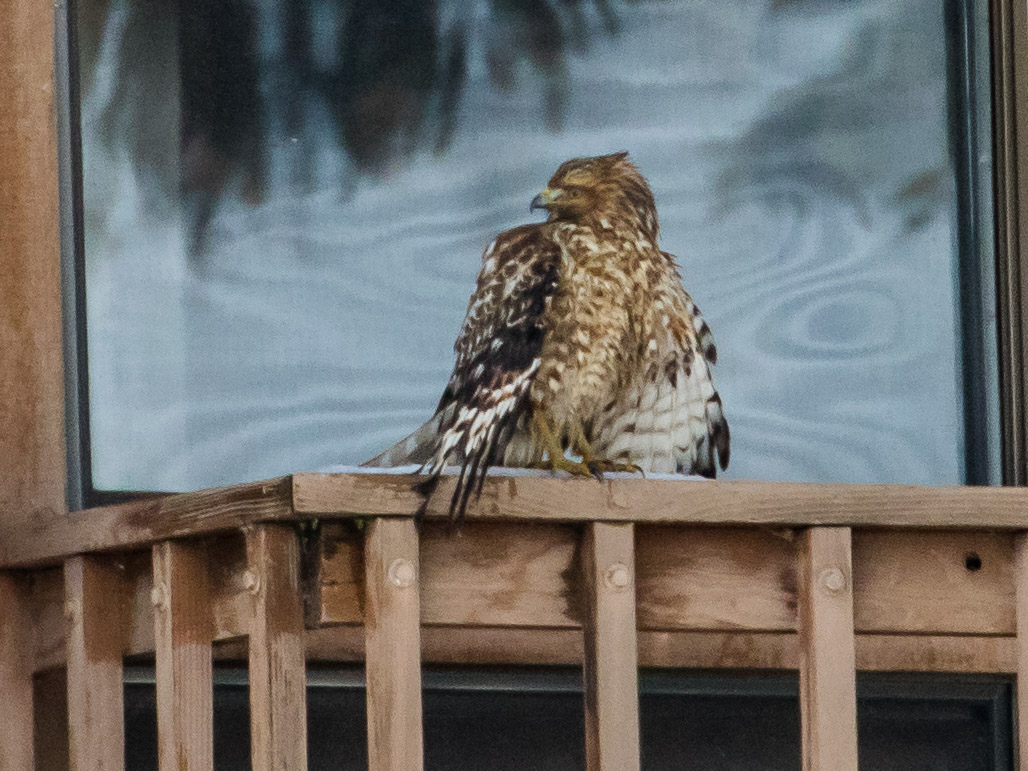 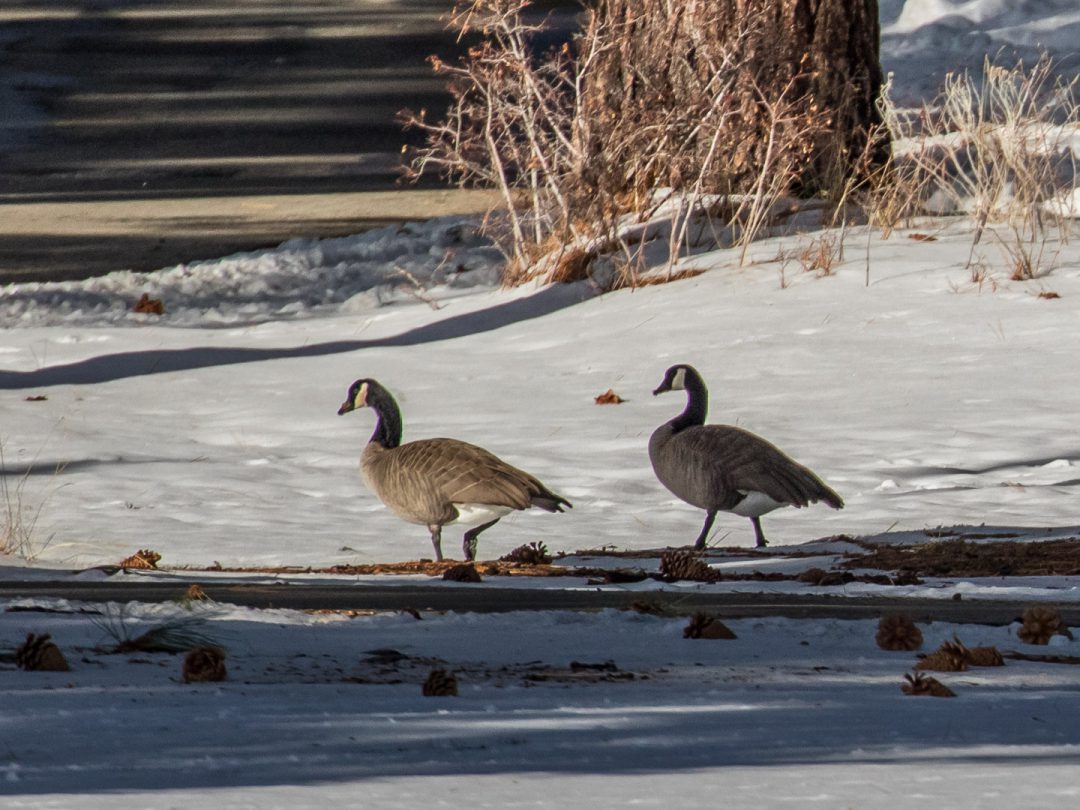 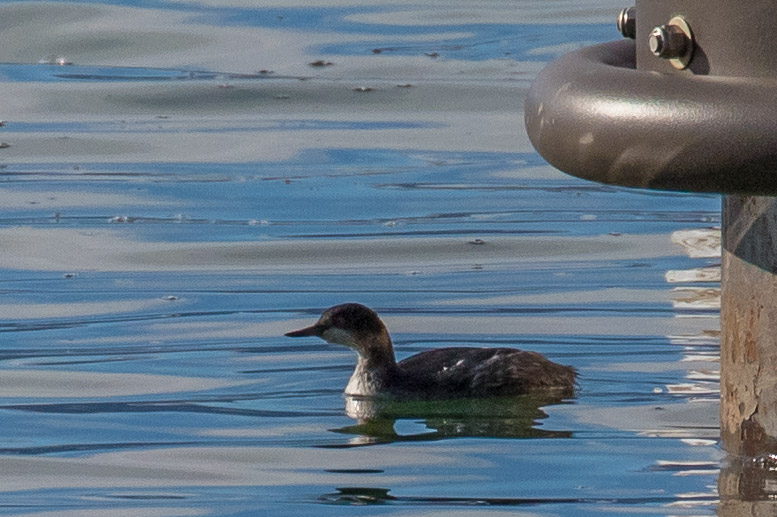 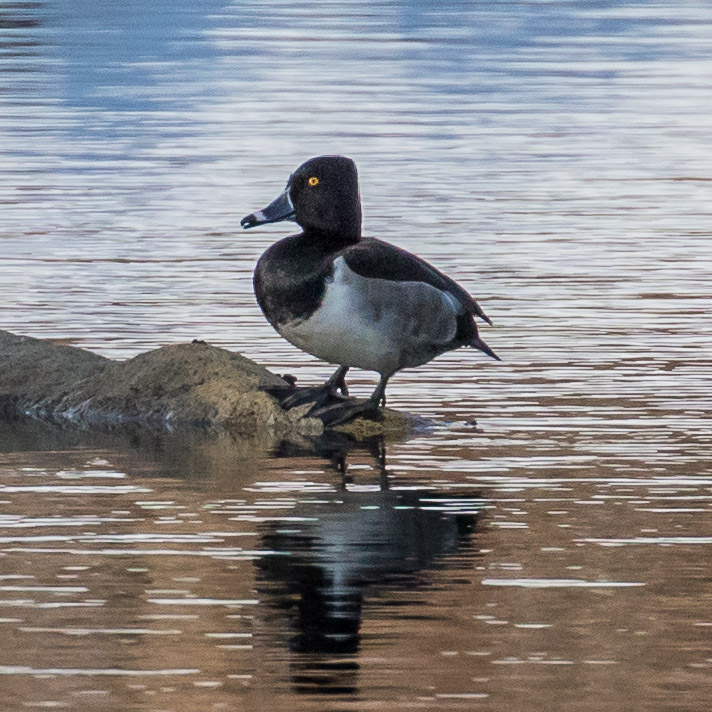 NOTE 1: The sleeping Canvasbacks are triangle-shaped like a piece of candy corn on its side – a triangle of white on the right side, and a dark wedge on left side. For example, in the photo, the duck centered between the two dock poles and nearest the dock is a Canvasback. Not sure why the ducks are all sleeping oriented in the same direction; I’ll have to research that…